The story of John Tyndall is one of courage, passion and idealism . A story of the highest personal success achievable by any man of humble beginnings in his time.

When Tyndall was born on August 2, 1820 his family was virtually unknown outside their small village of Leighlinbridge straddling the river Barrow which flows through Ireland’s second smallest county, Carlow.

When he died 73 years later he had won world-wide acclaim as a scientist, controversialist, educationalist and alpine pioneer. His original researches and his work with top scientists of his era opened up new fields of science and laid the groundwork for future scientific endeavour. 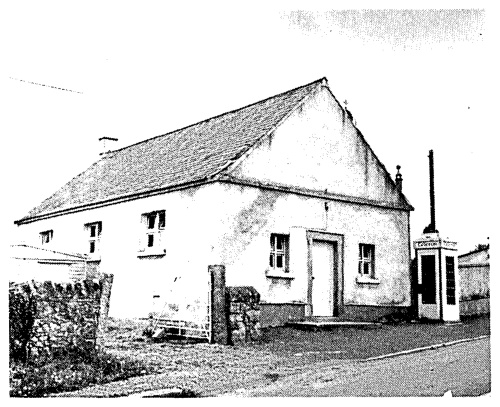 Tyndall’s father was a shoemaker and constable, and Tyndall attended local schools where he displayed an ability for maths. In 1839, at the age of 19, Tyndall started work for the Ordinance Survey – in Carlow at first, then in Cork, and in 1842 he began a brief spell working on the English Ordinance Survey. Tyndall was fired in 1843 in a protest over working conditions, and moved back to Ireland, before becoming a maths teacher and moving back to England in 1847.

By 1848, Tyndall had begun working at the laboratory of Robert Bunsen in Germany, and within 2 years he had obtained his PhD. He moved to London shortly afterwards, and was elected a fellow of the Royal Society in 1852, at the young age of 32. Tyndall spent most of his working life in London, and travelling the world popularising science. His lectures at the Royal Institute frequently drew more than a 1,000 people, and he became famous for his theatrics – while lecturing on rainbows, he went as far as to create an artificial rain shower in the auditorium, and arrived suitably dressed ‘wearing cape and sou’wester’.

A true renaissance man, he wrote on everything from ‘Scientific use of the imagination’, to trying to discover why the sky was blue – which he successfully explained, and to this day the scattering of light by particles in the atmosphere that causes this is known as the ‘Tyndall Effect’. He also wrote extensively about glaciers, and was a keen mountaineer – one of the sub-peaks of the Matterhorn is known as Pic Tyndall as he was the first to climb it.

As a physicist his work was brilliant and many faceted.

As an educator and lecturer he became one of the ablest popularists of science of his generation and pioneer of practical teaching. As a mountaineer he was in the vanguard of those who conquered age old peaks and age old fears.

As a controversialist he steeped himself in the burning religious and political issues of the day. He is counted in France among the foremost 19th-century philosophers of science, and merits an entry in the ‘Dictionnaire des Philosophes’, Paris

At his death many monuments had already been erected to him and landmarks named after him – others were to follow.

Scientific terms such as: Tyndallisation – a sterilisation process still favoured on the Continent, Tyndall blue, the Tyndall cone are also permanent monuments to his work.

He died in 1893, by which time he had been recognised by his peers as one of the great public figures of nineteenth century science. 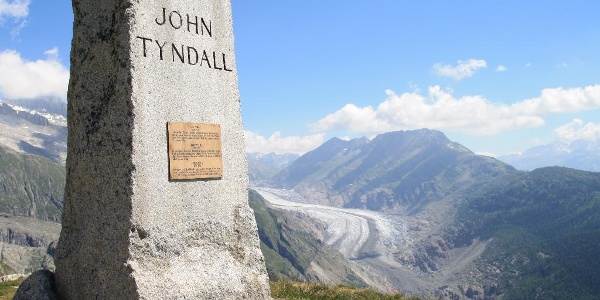 QUOTES
“Knowledge once gained casts a light beyond its own immediate boundaries.”
“The brightest flashes in the world of thought are incomplete until they have been proven to have their counterparts in the world of fact.”
“Life is a wave, which in no two consecutive moments of its existence is composed of the same particles.”
**********************