The Cork harbour town of Cobh has been named as one of the 25 most beautiful small towns in Europe by prestigious travel publisher Condé Nast.

It is the only Irish town recognised in the list, which recommends small towns and villagers from all over Europe to holidaymakers.

Writer, Caitlin Morton, ranks the town alongside Hvar in Croatia, Interlaken in Switzerland and Bled in Slovenia as some of the must-visit small towns in Europe for holidaymakers who want to avoid more tourist-heavy destinations: “Europe is known for its busy, culture-driven cities like Rome and Paris.

“But between all the landmarks and selfie-taking tourists, you’ll find literally hundreds of charming little towns with populations smaller than the line for the Eiffel Tower.

“Whether it’s a lakeside hamlet in Austria or an eerily beautiful village in Romania, these storybook towns are the stuff European vacations dream about.”

She heaps praise on Cobh, singling out “its rows of candy-coloured homes along the water and towering cathedral standing sentry over the harbour”.

She also notes that Cobh was the final port of call for the Titanic and mentions the commemorative museum in the town, and adds that it is a particularly popular cruise destination.

2019 will be a record year for cruise liners in Cobh, with 102 vessels set to have docked before the end of the year.

Welcoming the favourable review, Cobh Tourism chairman, Jack Walsh, said there are dozens of reasons to visit the scenic and historic town, including St Colman’s Cathedral, Cobh Heritage Centre, the Titanic Experience and Spike Island, which was named Europe’s Leading Tourist Attraction at the World Travel Awards in 2017: “We are always championing Cobh as a visitor destination, so to see our beautiful small town featured in a prestigious publication like Condé Nast Traveler Magazine is a fantastic endorsement. 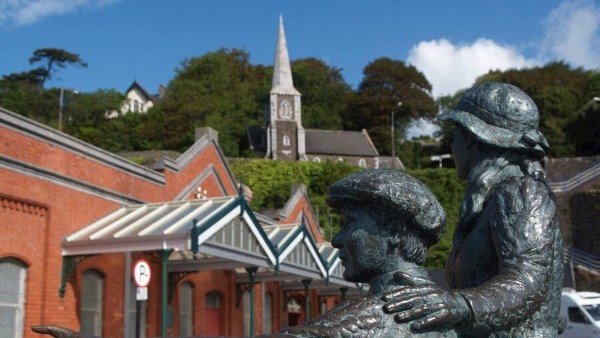 “Condé Nast is globally recognised as one of the most discerning, up-to-the-minute voices in all things travel and its recommendations are known to be very influential.”

Other towns singled out for praise in the publication are Ronda in Spain, which is set atop of 400-foot cliff in Andalusia, and Ribe in Denmark, a town that is more than 1,300 years old.

Ms Morton also recommends people take the one-hour trip from Austrian capital Vienna to explore the picturesque Hallstatt and travel to the Inner Hebrides to see the colourful town of Portree on the Isle of Skye in Scotland.

Assos in Greece, which has a population of just 88 people, Kotor in Montenegro, and Ísafjörður in Iceland are also praised in the piece.

One thought on “Cobh named one of the most beautiful small town in Europe.”