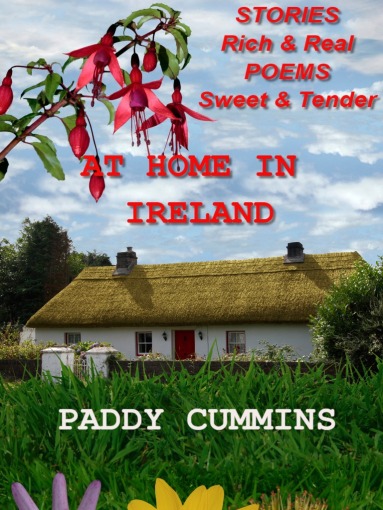 HEADS IN THE WINDOW

Here she is!!! Here she is!!! The excitement in my shrill voice would activate a lightening alert in my three brothers. Soon four little heads would squeeze into the tiny upstairs gable window and eight little eager eyes would fix on the far end of the half-mile, L-shaped, pot-holed lane, that crossed the railway line and ended at our quaint little thatched homestead. The pony and trap carrying our mother, our young sister and the week’s shopping would at long last be in view and our three-hour sentence of painful orphanhood would be over for another week.

It was three miles of bone-shaking dusty road that sloped from our house to Campile village, and felt like six coming back; the little sweating pony never complained. We looked forward  to Saturday with mixed emotions. The three orphan hours were balanced against the goody-bags in the hold of the trap. Sweets, toffee bars, fig rolls, hot oven-fresh duck loaves and a fat pot of luscious strawberry jam. The rest of the shopping included the usual bare essentials like tea, sugar, soap and other items – impossible – for even our mother – to make or grow at home.

The little cow gave us plenty of milk. Mammy saved the excess in large basins, skimmed it when set, churning the cream into delicious butter. She was an artist with the butter spade. The tray-full of one-pound blocks of golden butter was like the Book of Kells and the map of Ireland all rolled in together. The creamy nourishing buttermilk enriched Mammy’s great cakes of wheaten bread. That little cow was our oil well.

She didn’t buy much meat. One Pound and Sixteen Shillings a week to feed and clothe a Father, Mother and five children wouldn’t allow for much steak. We still knew the taste.  Two pounds of boiling beef and as much bones as the butcher could spare, would provide stew and soup for half the week; a better miracle than the ‘loaves and fishes‘. When that ran out Mammy ran out too. Like a rugby player tackling low, she would grab a fat chicken crossing the yard. Feathers would soon be flying in all directions and we had more soup and stew for the rest of the week; free-range and organic.

We never ran out of chickens. The Rhode Island Reds scavenged far and wide, always returning to roost and lay the big brown eggs, then hatching a clutch of fine healthy youngsters each year. A real labour of love.

The turkeys had a different vocation in life. They were the Santa Clauses. From the time she helped them out of their shells in Spring to their pre-Christmas doomsday, Mammy pampered and nurtured them into prize specimens. They were like aristocrats, especially the cocks, big and fat, proudly swaggering around; oblivious to the surprise she had in store for them.  On the day of mass-execution a real sense of occasion prevailed. The turkeys seemed louder than usual. Daddy was the silencer, Mammy the chief stripper, assisted by her army of eager apprentices. It was a long, tiring day but worth it to see the big line of naked Santa Clauses hanging up-side-down, ready and willing to provide us with a happy Christmas.

We also had pigs. Two grunting young inmates of our tiny piggery, eating, sleeping and growing into top quality bacon and ham. Cheaply bought as bonhams from the farm where Daddy worked and carefully nurtured by Mammy, they would be ready for the factory in four months. The cheque was a welcome bonus to be spent in the clothing and footwear department of the Co-Op stores.

Good boots were most important. A daily three-mile walk to and from our little school on the hill, took us across rough terrain. Two hilly fields, a long, narrow, stony lane and a dusty pot-holed road tested the best of boots; and our stamina too. An hour each way and six in the school gave us big appetites for evening dinner. We still had plenty energy left to play hurling while daylight remained, and cards after dark. The Rosary, including Mammy’s long trimmings, marked the conclusion of each day and soon it was dreamland. There was no television or radio. Our life was simple but happy and fulfilling.

Seventy eventful years have since past. We have all gone our separate ways. Mammy and Daddy, having faithfully completed their earthly vocations, are now enjoying their Heavenly retirement. The four little heads in the window are now wrinkled and grey, but still imbued with the memories of a simple and happy childhood, in a quaint, thatched homestead, nestled beside the railway line, at the end of a long lane.

Link to ‘AT HOME IN IRELAND’ 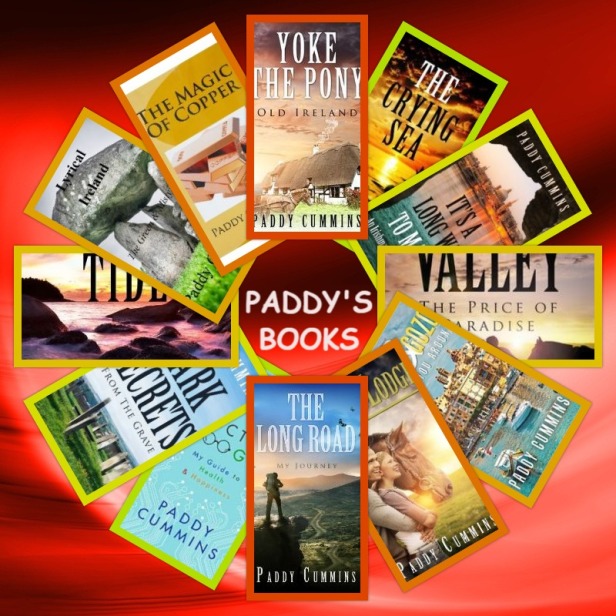 To see all Paddy’s books click on this link :

8 thoughts on “AT HOME IN IRELAND. Excerpt. ‘Heads in the Window’”